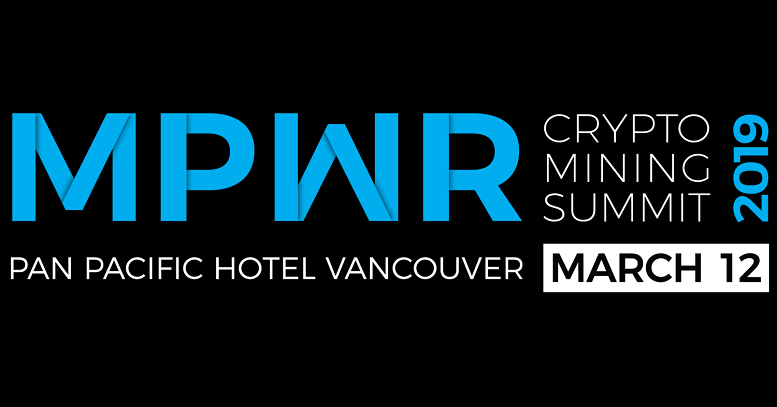 The talk attracted a sold out room filled with crypto enthusiasts, founders and CEO’s of leading companies such as Bitfarms, Hive Blockchain, Outlier Solutions and Mining Sky, to hear the story of how a Vancouver based company experienced the deep downfall the crypto and blockchain industry can cause.

Amy’s comprehensible outline of the case was both eye …

There has been quite the turn of events with the “lost” QuadrigaCX cryptocurrency case recently. The digital tokens may have

The MPWR crypto mining summit 2019 is already in full swing. Held at the Pan Pacific Hotel, Vancouver, the summit

The MPWR crypto mining summit 2019 is already in full swing. Held at the Pan Pacific Hotel, Vancouver, the summit aims to bring blockchain enthusiasts together. With a host of informative talks and networking opportunities, the overarching goal is to showcase and develop blockchain infrastructure.

What’s caught our eye, in particular, is a talk to be given by crypto writer and expert, Amy Castor. Talking about the very recent QuadrigaCX scandal, Castor will give her thoughts on the polarizing issue that the controversy has brought to the fore.

Since news of the QuadrigaCX scandal broke, Castor has closely followed the subsequent events as they unfold. A self-proclaimed Quadriga-obsessed writer, the Cambridge, MA-based journalist has not only written about the crypto exchange’s insolvency for multiple publications (including The Block, Bitcoin Magazine, CoinDesk, and Forbes), but she also has first-hand experience of Quadriga’s hearing in Halifax where she watched from the pews.

As such, her talk at MPWR should be informative and real as she aims to give exclusive coverage of QuadrigaCX.

Attendees to MPWR should be sure to check out her talk between 4:15-4:45 pm later today.

For those not in the know, earlier this year, QuadrigaCX faced one of the most intriguing controversies to have hit the cryptosphere in some time.

In December 2018, the founder of Canada’s largest crypto exchange, Gerald Cotton, passed away when on a trip to India. He was the only individual to know the private keys that could access $136 million USD in cryptocurrencies stored offline. Because of this, the company itself has been unable to access the coins.

Of course, how this transpires for the 115,000 QuadrigaCX users is that their cryptocurrency is now, in effect, lost.

Unable to pay the balance back to its traders, the company has filed for creditor protection as it works to try and retrieve the missing funds.

That’s only a brief recount of what happened. Castor should take you far more in-depth to what’s going on with QuadrigaCX and the developments surrounding the story.

So be sure to check out her talk and let us know what you think!

According to reports, Singapore-based crypto exchange Bitrue has been hacked. The culprits have made off with approximately $4.2 million in