Unsure what a masternode is or how you can benefit from one? Read this guide to find out.

A blockchain is made up of tons of computers from all over the world. What’s special about how blockchains work is that every single one of those computers has the same records from a shared database. So, everything that’s ever happened on that database is in what is known as blocks. These blocks store the records, and this shared database is what we call the blockchain.

How to Create Your Own Blockchain 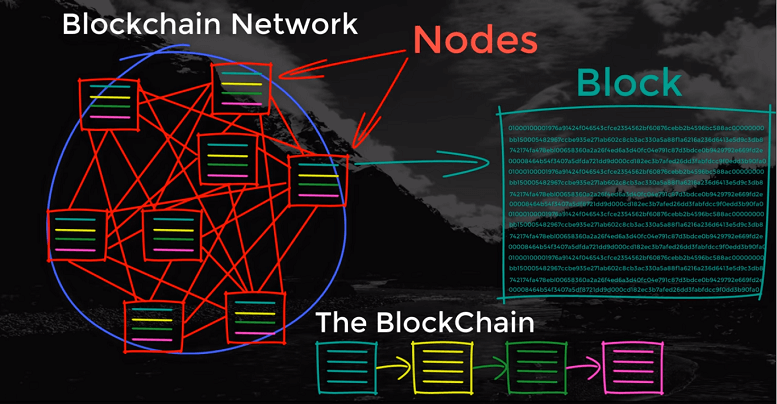 If you want to add a new block to the blockchain, you need to convince every single computer on the network that you’ve got a valid transaction. You can’t edit previous data; you can only add to the blockchain, and that’s called being “immutable” and “append-only.” It’s what makes a blockchain a blockchain, so, personal immutable shared data is pretty rare and special.

Consensus is the process of getting every computer and node to agree on what can be added to the end of the blockchain. What method of consensus those nodes use is dependent on the coin they’re helping to secure or, in other words, the nodes are what make the blockchain able to process, so that transactions stay secure from attackers.

The more nodes there are, the harder it is to disrupt the network because of node loss or 51% attacks. A 51% attack is when one node or group of nodes controls over half the network, which lets them dictate what gets added to the blockchain and makes the network centralized, defeating the purpose of a decentralized currency.

To summarize, nodes are a bunch of computers that make the blockchain work and stay secure through a process called “consensus.”

What method or algorithm of consensus is used depends on the coin. For example, Bitcoin uses a technique known as proof-of-work, otherwise known as mining (proof-of-work = mining).

The Cost of Mining 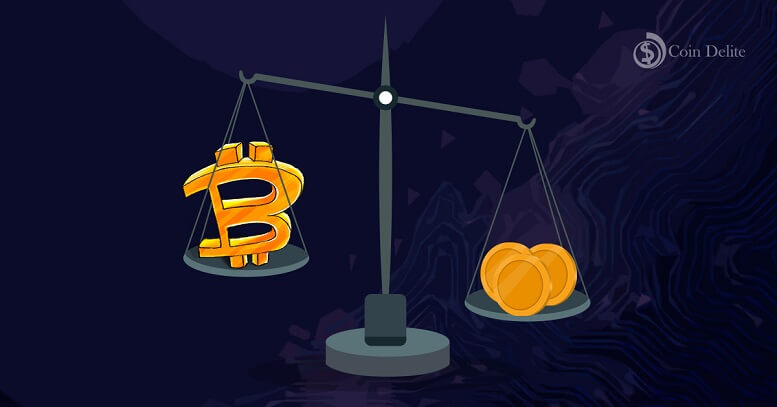 Effectively mining Bitcoin these days requires specialized computers that cost a lot of money, and if you want to maximize profits, you need a lot of them. You need to get cheap electricity and a lot of it. In fact, mining uses so much power that people started getting concerned about the environmental impact of cryptocurrencies. Bitcoin mining alone used more electricity than 159 different countries. That’s thirty times more than all Tesla cars combined.

Some people do argue, however, that it’s not a waste, because mining turns power resource power into monetary value.

Some people saw this massive amount of electricity use that crypto mining incurs, and thought there should be an alternative consensus algorithm to proof-of-work. This is how proof-of-stake, or staking, came to be a thing. All you need to know with staking is that the more coins you have, the better staking rewards you get.

Think of it as a savings account. The coin’s team determines the average staking reward percentage, sort of like the interest percentage. You get paid at the bank, and in turn, you get rewarded for not touching your money. The more you lock up, or stake, the more you hypothetically get paid.

Proof-of-stake is cool because of coins like NEO. I’m getting paid several hundred dollars worth in dividends every month for literally doing nothing with the money except keeping it locked away. Even when the market is down, I’m still making money because of dividend-yielding proof-of-stake coins. So when it comes to mining versus staking, I’m not necessarily in favor of one method of consensus over the other.

There are, however, significant, mostly hypothetical, drawbacks to both staking and mining. I believe the future will belong to coins that can marry both.

One way people criticize staking is that you could literally buy 51% of the supply and dominate the coin to your benefit. However, my rebuttal to that is that in order to acquire that much of a coin, you would need to erode the supply, which would shoot up price and demand to the roof. If people sense that a coin has become centralized, they will jump ship, and the price would crash.

So, this brings us to masternodes. They’re a trendy aspect of cryptocurrency right now.

Quite simply, masternodes require a huge, set amount of a coin, and can grant even better dividend rewards than typical rewards earned through mining or staking.

Most people think that masternodes are an extension of proof-of-stake coins exclusively, but that’s not quite true. There are coins out there that use mining to make use of masternodes. So these kinds of nodes aren’t exclusive to staking or mining alone.

With that being said, running a masternode is just like staking. In a sense, you generate passive income through a masternode only by having your coins in a wallet and not moving them.

You can make a passive income with a masternode just like you could with staking a cryptocurrency. However, the rewards will be much higher on average, especially since the release of the Dash. Many coins have released their own variant of the system. The overarching feature of masternodes appears to be the locking of a minimum amount of coins and performing or gaining the ability to do a particular task within the blockchain or ecosystem and receiving a reward.

How Much Money Can You Earn with Masternodes?

Probably the most important thing is that your coin, and therefore the team behind it, needs to be in it for the long term. If the team, for example, stops working on the project five years down the road, you’re going to be hurting because your long-term investment is suddenly not worth as much.

The problem is that there’s no magic bullet here because no one can see the future. So that’s why you need to learn how to evaluate a team. Look into the leaders of the project. Have they had experience with this kind of project or sector before? What happened to their last project? The most important thing is to make sure you’re not in a pump and dump.

You also need to make sure the project you’re looking at has masternodes supported. Now, this is a double-edged sword because of several reasons. If a coin goes into an ICO advertising masternodes, that coin is going to get a lot of attention initially. If the project announces masternodes after it’s already started trading, that’s going to shoot up the prices, and people are going to clamor to scoop up enough of the coin to run the masternode. I’ve seen coins such as V Chain and Walton Chain increase in price massively because they revealed that they’d be adding masternodes. The secret here is finding coins that might or probably will be offering a masternode in the future. But that’s sort of akin to finding a needle in the haystack.

You also need to know how the coin facilitates the masternode. For example, masternodes for Walton Chain can receive decent rewards. If you actively mine a coin, you can use a masternode to secure a better mining yield than if you were mining without a masternode. Masternodes can give you benefits in different forms, and it all comes down to your money making you more money. The crypto rich get even richer.

To give an example, my Walton masternode currently earns me X amount at Y percentage. But if Walton’s price goes five times the current price of Z, I’m also going to make five times the X amount. That’s where things get interesting. Generally, I’ve seen masternode yield percentages decrease over time, but that can easily be mitigated with an increase in the price of the underlying coin.

How to Find Masternodes to Invest In 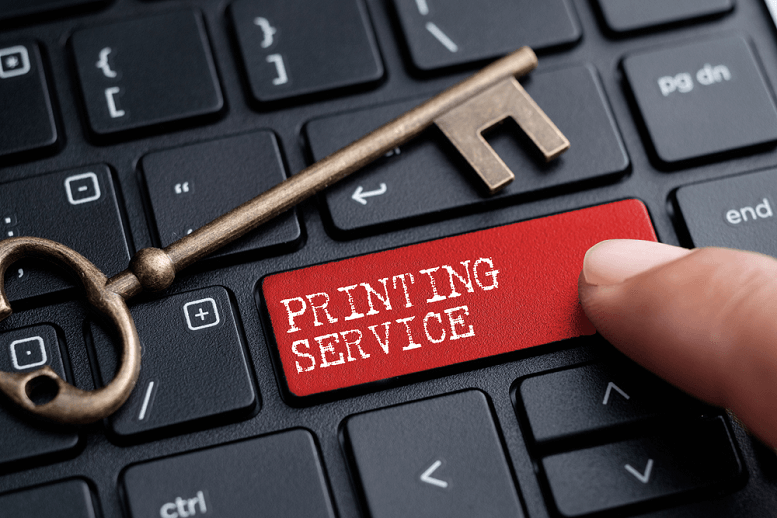 Masternodes are great, but the crux is finding out about a coin before it’s big and the masternodes are too expensive for most people. Honestly, there’s very little strategy here other than being always on the hunt for these gems.

The most famous is Dash coin. The term masternode originated within the blockchain industry by the startup Dash. In the Dash ecosystem, a masternode is a computer or a node that runs Dash wallets, adding in the decision tree of the dash blockchain consensus. The masternodes within Dash help lock transactions with instant send redistribute.

Within the Dash ecosystem, you needed to have a minimum of 1000 Dash to participate as a masternode when Dash announced masternodes in June of 2015. The going price per a thousand Dash was roughly three thousand dollars at the time. Today, buying a Dash masternode will cost approximately $620,000. The payoff is that the node yields at the current valuation of Dash, which is $47,000 per year in dividends. For some people, that’s enough to live off of and never have to work again.

The best way to find masternodes is by being very good at research and analysis. If you do your research, maybe soon you’ll have an excellent portfolio with masternodes.

This article was curated through CryptoCurrencyNews’ Contributor Program. If you would like to write for us, send us your submission!

Over the past few years, plenty of cryptocurrencies have come to the fore due to the example set by Bitcoin

The crypto world went abuzz in February 2015 when Dash, the project formerly known as Darkcoin, introduced InstantSend and PrivateSend.